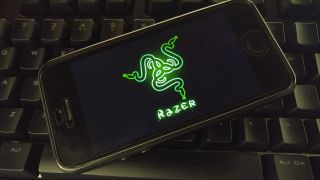 Initially leaked by TECHBYTE, the Razer Phone is going to sport a dual camera at the back and a 5.7-inch display. Apparently, the leaked device does not seem to be the thinnest phone around, which actually suggests that it might come with a generous amount of battery juice.

Razer, a brand well-known by gamers is reportedly trying its hands in the smartphone industry. The first concept render of the Razer Phone has just hit the internet and we just can’t look away from it. The upcoming handset comes with a square-shaped body with some gorgeous neon branding.

As per previous leaks and speculations, the Razer Phone is going to come with a 5.7-inch 2560 x 1440 screen which is just the perfect size for smartphone gamers. Inside, the handset will rock the mighty Snapdragon 835 SoC along with 8 GB of RAM and 128 GB of storage.

The phone might come with a power button mounted fingerprint scanner along with a rear dual camera setup. Software-wise, we aren’t sure if Razer will equip it with the latest Android 8.0 Oreo of the Android 7.1 Nougat.

Coming to the connectivity options, the phone should feature all the options present inside a standard Android flagship device. As of now, there is no information about the battery capacity.

According to several sources, the Razer Phone might release on November 1, 2017. Where pricing is concerned, it is certainly not going to be a cheap device.