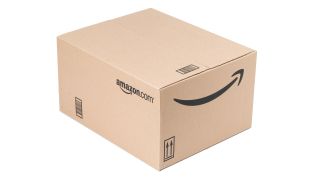 Amazon is running an event for prospective employees in Boston and its invitation hints at something pretty big.

The Boston Globe, among others, reports that the company says the secret project it is recruiting for is "bigger than Kindle" - which, we assume, does not mean in specs and dimensions.

There are a couple more clues to mull over: "a new revolutionary V1 product that will allow us to deliver Digital Media to customers in new ways and disrupt the current marketplace".

In plain English, we're probably talking about the early stages of some kind of streaming product here, possibly bearing the Kindle brand name.

It certainly doesn't sound like the long-fabled Amazon Phone to us, but could it be some kind of media centre like a set top box, a Google Glass competitor or some kind of product we are yet to even conceive of?

Anything's possible. It's probably not a smartwatch though, so stand down.

As Amazon's only just recruiting people to work on version one of whatever the mystery product is, we're probably in for at least a year's wait before we find out what it is.