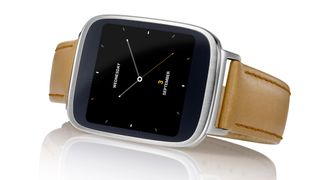 The stylish ZenWatch could already be getting a sucessor

Fresh from the release of the stylish Asus ZenWatch, it looks like Asus is already preparing to launch a further three wearable devices in 2015.

According to Asus CEO Jerry Shen the Taiwanese company is already working on the ZenWatch 2.0, and it will be officially announced during the third quarter of 2015.

The original ZenWatch was unveiled at IFA 2014 in September and went on sale in the US a few months later on November 9. Asus could be aiming for a similar time frame for the ZenWatch 2.0.

The ZenWatch is powered by Android Wear but that doesn't mean the ZenWatch 2.0 will be. Remarks by Shen hint that the new ZenWatch 2 might not be so heavily reliant on being connected to your Android smartphone.

A vague statement certainly, but it could be a hint that Asus is looking to move away from being so heavily tied to the Android ecosystem.

Wear your heartbeat on your sleeve

The two other wearable devices we could be seeing from Asus this year will be fitness bands that will focus on monitoring your health, such as heart rate and calorie monitoring.

Not much more is known about these wearables at the moment. Some rumours suggest they might make a showing at CES 2015, which is happening right now in Las Vegas, but we're not too sure. We'll certainly be keeping an eye out for them just in case.