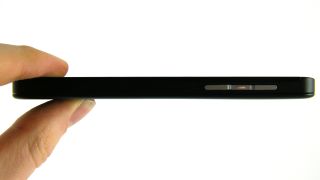 Could the BlackBerry Z10 really replace your computer this year?

A lot of buzz is billowing around BlackBerry these days, as analysts, consumers and the media keep a rabid eye on the renamed company's every move and so far non-specific sales numbers.

Though all eyes are on BlackBerry 10 and sales of the Z10 (the Q10 isn't available yet), CEO Thorsten Heins is already looking to the future, Reuters reported Tuesday.

It's apparently a future where the only device you'll need is a BlackBerry.

Heins wants BlackBerry to come to represent "true mobile computing," though he said it's not going to happen in the next quarter; the current game plan will play out over the next two to four years.

Heins said it's not just about tablets and smartphones, either. The architecture behind BlackBerry 10 is "not a downgraded PC operating system," he said. "It is a whole new innovation build from scratch. It's built for mobile."

So if the BlackBerry 10 architecture won't be limited to just phones and tablets, what exactly is Heins envisioning?

BlackBerry's Chief Marketing Officer Frank Boulben told Reuters that starting this year, "you will be able to plug the [Z10] device into a docking station at the office and then all you need is a keyboard, a mouse and a screen."

"Combined with cloud services, this would mean you don't need a laptop or a desktop," he added.

As Reuters pointed out, BlackBerry owns the QNX operating system behind BB10, which also powers everything from cars to nuclear reactors. Who knows where the company could go with it?

"What we need to decide is where do we play? It could be a software play, a licensing play, an end-to-end horizontal play, we'll figure that out," Heins said. "In five years, yes we might still be in hardware, but we may not be in hardware ... I'm not ruling anything out."

But BlackBerry is going to remain focused on consumers and BB10 for now.

"Over the short term, yes, we have to be successful with the [BlackBerry 10] devices," he said, admitting that BlackBerry has to win back enterprises and consumers who were lost to Apple and Android.

In the U.K. and Canada, BlackBerry 10 devices are breaking records for the company. As of Tuesday, stock was up more than 24 percent from Friday's close.

That's surely a good sign, though the new OS's presence in the U.S. has yet to be reestablished - BB devices had plummeted to just one percent of mobile traffic in the U.S. by last summer, and BlackBerry 10 won't launch stateside until March.

The BlackBerry Q10 could launch in the U.S. as late as June.

In addition, Heins told Reuters that BlackBerry remains committed to tablets. After the minimal impact of the BlackBerry PlayBooks, though, he needs to make sure the next BlackBerry tablet - which is currently in the works - is profitable.

Even so, existing PlayBooks will be upgraded to BB10, proving the company's current commitment.