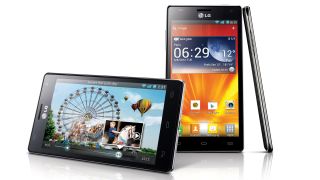 More images of the rumoured Android-powered LG Eclipse 4G LTE have appeared online, this time showing off the inside of the handset.

The Eclipse, also known as the LG LS970, is reported to pack a quad-core processor and 13MP camera after information was leaked about the handset earlier this month.

Brief Mobile has now got hold of more images of the device, which could we come attached to the US network Sprint, raising doubts whether it will see light of day outside of America.

Take it off, take it all off

What the new image shows is that the Eclipse will have NFC technology and a removable back, which will be music to some people's ears, as this means the battery can be taken out.

There's no word on when the Eclipse may be available, or how much it will cost, but as the LG Optimus 4X HD is set to go on sale in June, we think LG will space out its quad-core offerings.