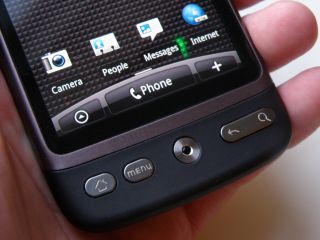 HTC has seemingly confirmed that the Gingerbread update to the HTC Desire will not be coming as an over the air upgrade.

This means the only way to receive the latest software is to connect up to a PC and completely re-flash the handset, deleting all messages, contacts and media saved to the internal memory.

Mark Moons, HTC's Benelux president, stated on Twitter that HTC will not be offering the update over the air, as most consumers will be used to, meaning there will be no 'safe' version of the software, which currently comes with the caveat that SMS and MMS functionality may be impeded:

"This is THE Gingerbread upgrade Desire. There will no longer get OTA. Through a good, old-fashioned cable..."

"If you do not know what the benefits of the Desire RUU upgrade, I recommend not to install it.

The last Tweet refers to HTC's update path - the company has come under huge fire via social networking sites for the limited nature of the Gingerbread update for the Desire, yet HTC says it has offered the new version of Android for more of its phones than any other firm.

HTC is faced with a difficult situation with its top-selling Desire handset - the phone is clearly too underpowered to run both Sense and Android 2.3 together easily, but the handset is nearly 18 months old so future updates obviously get trickier and trickier.

Would you risk damaging the phone just to have the latest version of Android? Let us know in the comments below.