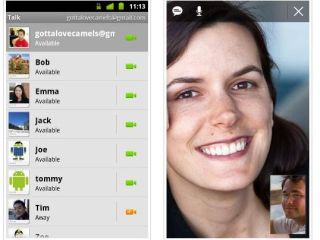 The latest version of Gingerbread, Android 2.3.4, is now landing on handsets across the UK, bringing with it video chatting features as standard.

Our Google Nexus S has finally pinged and informed us that the new 2.3.4 version of the software is ready for download - although we're still waiting to hear if the Vodafone version is getting the same treatment.

The new Android 2.3.4 version offers mostly bug fixes - which could go some way to sorting the random freezing some users are reporting with their new Nexus S handsets.

The other big improvement is video calling - Google has now integrated Google Talk into the phone's contacts and calling system in a similar way to Android 3.0 on tablets.

You'll be able to make the calls over 3G or Wi-Fi (in your FaceTime, Apple) and can connect to a PC using the same application in Gmail.

A simple Google Talk button will appear next to your contacts and texts will overlay your conversation too - whether that will get highly annoying in practice, we're yet to find out.

Head on into the Nexus S' settings, hit About Phone and check System Updates to see if there's a 2.3.4-shaped surprise waiting for you... and if you need more, here's a little video to explain it to you: