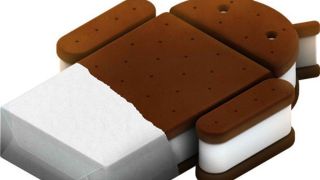 Well, technically its 4.9 per cent but what's 0.1% between friends? Five per cent might not sound like much but when you consider how many Android devices are out there that are actually capable of running ICS, it becomes a little more impressive.

It's been six months since Android 4.0 was released and there are still only a handful of legacy handsets that have the upgrade available to them, while Android manufacturers have released just a trickle of phones and tablets with Android 4.0 out of the box.

Gingerbread still takes the lion's share of the great Android pie, with 64 per cent of users running the festive-flavoured software.

In second place is Android 2.2, also known as Froyo. 21 per cent of Android users are still on 2.2, which may seem unbelievable to some (but then, not everyone changes their handset every year, nor even knows they can update).

Android 3.0 (Honeycomb) is lower down the scale, nabbing only 3.3% of users – unsurprising since it was a tablet-only OS that has since been usurped by ICS.