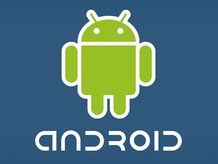 Moto wants a piece of the Android action

Merely weeks after we brought you news of Motorola expanding its Android development staff to 350, we catch wind of a job advert that gives the game away on what the first device might be.

Not content with releasing a slew of mid-chart mobiles, Moto wants to integrate social networking into our phones. Hopefully someone will tell the designers this has already been done, and they'll work doubly hard to make it different.

The job advert, for a Senior Staff Interaction Designer, goes as follows:

"As a Senior Staff Interaction Designer, you will be responsible for leading and actively participating in the concept, design, documentation and development of user interfaces for our mobile products including our new Android Social Networking SmartPhone."

So we can gather there will be an Android phone from Motorola with social-networking capabilities, and the company is hiring a designer to oversee the project.

We know we're stating the obvious, but this is all we have to go on... oh, and Android is currently on the T-Mobile G1 device. See, we are nothing if not insightful...