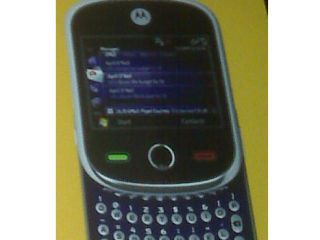 Will we ever see the Alexander?

Motorola seems to be really on its last legs now, with the handset business set to slash jobs as well as ditch upcoming designs in a bid to turn its fortunes around.

Android is set to become the new Symbian at the company, according to an article in the WSJ, which states that Google's OS will be the major platform for a majority of Moto's handsets.

However, we won't be seeing anything from the Motorola/Android alliance until at least late next year, if not 2010. Dark times indeed.

Not giving up on Windows

Its business handset arm will continue to use Windows Mobile for high-power users, although there is the possibility that this could be outsourced to third-party manufacturers in another attempt to cut costs.

However, if the development of Android continues apace, then the need for WM could be dropped altogether, which would help the accountants somewhat.

So, overall it's not good news for Moto. Those working on the defunct platforms could soon lose their jobs, and any anticipated handset will likely be canned for the time being.

Let's just hope this move gets the grandfather of mobile communications back on its feet.