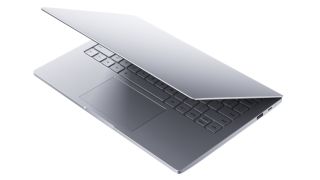 Xiaomi has unveiled its new Mi Notebook Air, which comes in two different flavors, and as the name might suggest, it takes more than a few cues from a certain MacBook model.

The higher-end version of Xiaomi's Windows 10 notebook is a slim and light 13.3-inch effort with an all-aluminum chassis which packs in a discrete graphics card, to give gamers a good deal more pep than an integrated solution. In this case, it's an Nvidia GeForce 940MX (with 1GB of video RAM), which is twinned with a Skylake Intel Core i5 processor.

You also get 8GB of DDR4 memory on board, along with a 256GB PCIe SSD. The 13.3-inch display is full HD (1920 x 1080 resolution) and is anti-glare for better visibility outdoors or when in a brightly lit environment, and it boasts toughened glass along with a thin bezel (5.6mm).

Xiaomi is promising this notebook can keep going for up to 9.5 hours on the go. Of course, that won't be the case if you're pushing the Skylake CPU and GeForce graphics by indulging in some gaming.

In terms of portability, the Mi Notebook Air is 14.8mm thick and weighs 1.28kg, so you certainly won't struggle to cart it about.

As well as the 13.3-inch laptop, Xiaomi is also rolling out a 12.5-inch model which ditches the GeForce graphics, halves the system memory and uses an Intel Core M CPU. It comes in slimmer and lighter at 12.9mm and 1.07kg respectively, and also offers more battery life at 11.5 hours.

With both laptops, you get a USB-C port, a pair of USB 3.0 ports, and a full-size HDMI port.