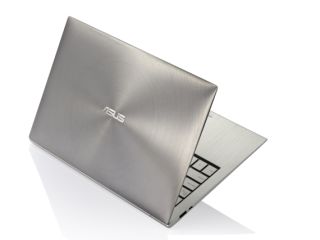 Asus's take on the Ultrabook

Intel's much-vaunted skinny-but-powerful Ultrabook laptop PCs have received a boost with the company's announcement of a $300 million fund (£185m) for the development of software and hardware.

The Ultrabooks - which are said to deliver "a highly responsive and secure experience in a thin, light and elegant design" - are natural competitors to Apple's Macbook Air and other ultra-slim PCs.

Intel's Capital Ultrabook Fund is set to invest in companies that specialise in hardware and software that will give the laptop longer battery life, as well as improve physical designs and storage.

The cash will be invested over the next three to four years, with the overall aim being to create a "cycle of innovation and system capabilities".

Intel's Ultrabook strategy comprises of three stages, which begins with its second-generation Core processors later this year, then moves on to its Ivy Bridge processors in 2012, and concludes with Haswell chips in 2013. The Haswell chips are estimated to have half the power consumption of current chips.

In addition, Intel has announced that the first Ultrabooks will be launched later this year at the under-$999 (£617) sweetspot.

Lenovo, Asustek and Acer will be the first manufacturers to produce Ultrabooks.

Despite powering the ubiquitous netbook and powerful desktop PCs, Intel has been out of the mobile innovation game for some time. Hopefully the Ultrabook will put the company back on track in this market.