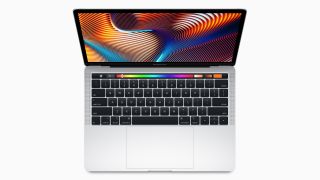 Apple will introduce a MacBook which has 5G – the first time Apple’s laptops will offer cellular connectivity – in 2020, according to the latest rumors.

This comes from DigiTimes, which admittedly isn’t the most reliable source, but the outlet claims that industry insiders have indicated that Apple will roll out  MacBooks toting 5G connectivity in the latter half of 2020.

Rumor has it that Apple is looking at using a ceramic antenna board for 5G, rather than the metal which would be traditionally employed. This would mean better reception and speeds – DigiTimes reckons it could potentially be twice as quick – and that’d obviously be a major benefit.

However, the downside is a ceramic board might cost something like six times as much as a metal component, which would add to the price tag of a 5G MacBook (as if Apple’s laptops weren’t expensive enough, anyway – particularly in the case of the MacBook Pro).

This kind of makes sense if you look at it in terms of Apple’s potential pitch, which could run something like: yes, you might have had to wait ages for cellular connectivity, but we wanted to get it right – and just look how good our 5G solution is …

We shouldn’t get too carried away with theorizing here, though, as this is just a rumor, which we’ll put more stock in if alternative sources beyond DigiTimes chime in.

Next year might seem optimistic as a proposed timeframe, too, although  other laptop manufacturers are moving more quickly – the speculation also contends that Dell, HP and Lenovo are set to introduce 5G notebooks in 2019 (with Acer and Asus still working on their designs).

The current situation for MacBook users who are out and about wanting to go online away from Wi-Fi is that they have to connect via their phone’s hotspot (or another device, like a 4G dongle) rather than having the luxury of a built-in cellular modem.

And, that’s quite possibly why Apple has historically shied away from cellular connectivity – because it’s a luxury the company can ill afford, in terms of the available internal space in its notebooks. Fitting yet another component inside MacBooks which the company is trying to constantly make thinner, lighter, and therefore more premium feeling would be tricky.

The other reason could be wrapped up in the software side, with macOS needing to be worked on so that it can detect when a cellular connection or Wi-Fi is being used, and act appropriately (because obviously, you don’t want your data allowance chewed up by applications potentially downloading huge updates via 5G).

Only time will tell if this is mere mindless churning from the rumor mill, or if there’s more substance to this 5G speculation. Although some folks doubtless feel it’s about time Apple started giving them a cellular option.