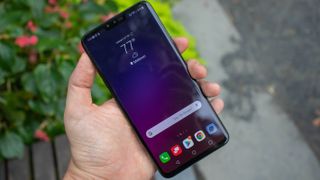 LG's 'V' range is still quite young, but the company seemingly sees it being around for a long time, as it recently trademarked five new entries in the range.

Now, that doesn't necessarily mean that LG is committed to seeing the range through to the V90, as it makes sense to plan ahead and trademark names that there's even a chance it will use, but at the very least it suggests the company has no immediate plans to ditch the range.

That should be reassuring for any fans of the range, since the LG V40 ThinQ, while interesting, was also a phone that we found to have its share of faults, and one which likely didn't come close to competing with things like the iPhone XS or Samsung Galaxy S9 in terms of sales.

Two flagships before the V50

As for when you'll be able to buy the next LG V phone, that will probably be in or around June 2019, but it might not be the LG V50 as before that we're likely to get an LG V45 ThinQ. However, beyond guessing at the name we don't know anything about the handset yet.

Even that probably won’t be the next LG flagship though, as the company also has its 'G' range, with the LG G8 ThinQ likely to land in early to mid-2019.

We don't know much about that either, but rumors point to a 4K LCD screen and maybe even a 'sound-emitting display'. With 2018's flagships out of the way we'd expect to start hearing more about the G8 – and maybe even the V45 – soon.