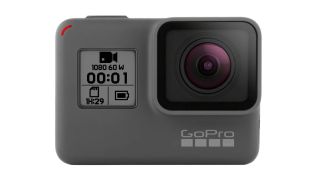 GoPro has launched its latest action camera, the GoPro Hero Sports and Action camera in India. The camera has been listed on Flipkart as a Flipkart exclusive device and will go on sale from today onwards.

Recently, GoPro had slashed the price of its existing devices, the Hero6 Black, Hero5 Black and Hero5 Session in India. Now, the GoPro Hero Sports and Action Camera has been listed on Flipkart with a price tag of Rs 18,990.

The GoPro Hero Sports and Action camera comes with a waterproof design and is waterproof up to 10 meters. It comes with a rugged build that makes it more durable, allowing you to use it without any fear.

The camera supports voice commands, allowing users to control the action camera with verbal commands. Additionally, it comes with a stabilisation feature, allowing you to capture stable videos even while you are using a GoPro mount

The GoPro Hero Action and Sports Camera has been priced at Rs 18,990 and will go on sale starting from 2 April on Flipkart. You can also pre-order the device from 30 March.