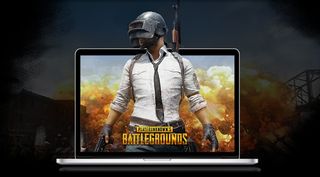 I’m a Windows (and occasionally Linux) guy, and I’ve never really considered getting a MacBook, mainly because, above all, I’m a gamer. Switching to Apple’s operating system would mean I’d have to drop access to a number of my games.

Sure, I could try dual-booting macOS with Windows 10, but that defeats the object of getting an Apple machine somewhat, and Apple’s laptops and desktop machines aren't as tinker-friendly to people who want to eventually upgrade their hardware to keep up with modern games (like me).

However, that could all change, and I may be seriously considering the switch now that Nvidia’s GeForce Now streaming service has come to Macs and MacBooks. Though, the service is still in beta.

It allows you to stream games that you’ve bought from Steam and other services, to Macs, and the games are powered by a remote machine with a GTX 1080 GPU, which means you only need an internet connection to play – all the heavy lifting is done by this remote machine.

So, you don’t need to splash out for a powerful MacBook to play them, and battery life – a constant source of annoyance for gaming laptops – isn’t too much of an issue either, as your Mac is just streaming the games, so it’s not much more strenuous than binging Stranger Things on Netflix.

Big games on a Mac

I’ve been having a play with GeForce Now for Mac while in beta and, I have to say, I’m very impressed. I tried out the immensely popular PlayerUnknown's Battlegrounds, an online game that’s currently taking the world by storm – but isn’t currently available for Macs.

I played it on an aging MacBook, one that would struggle to run PlayerUnknown's Battlegrounds even if it was available for macOS, due to its underpowered innards, and it performed remarkably well – so much so that I pretty much forgot that I was playing a game streamed from a remote machine – the service was fast and responsive enough that it felt like I was playing locally.

That means there was no perceptible lag – something I had worried about as the process of streaming an online game to a remote device, then sending the instructions back as I moved and shot my way across the map, could potentially introduce a delay that would prove deadly in a fast-paced shooter.

However, streaming the game didn’t appear to have any impact on my performance. I died – quite a few times – but that was more down to my rubbish ability at that game than anything I could blame on GeForce Now.

Another nice side effect I noticed when using GeForce Now on a MacBook was because it was simply streaming, and not stressing out its components by trying to pump out graphics, sounds and more, the MacBook didn’t get overly hot. For anyone who has played games on a gaming laptop and been annoyed at the heat produced – and the noise from the fans kicking into life – this will be a blessed relief.

Of course, I was using a fast and stable internet connection. If you have a slow connection, or your internet is metered, then you may not get such a good result. But, from my time with it, the potential is very exciting, especially as it can bring PC games that were not available on Mac to Apple fans.

There’s also a few other bonuses for PC gamers like myself that have been holding off from moving from Windows, such as the fact that our Steam game library will be available through the service, so we don’t have to re-buy anything, and there’s a growing list of supported games.

The fact that we can’t open up and upgrade MacBooks has also been somewhat addressed, as Nvidia is in charge of the hardware of the remote machines, and I’ve been told that they will be upgraded as the current hardware goes out of date.

For this PC gamer, at least, it’s put Macs back into consideration. GeForce Now for Mac is currently in beta, and is free for the moment, so if you’d like to try out the service, and are in North America or Europe, you can sign up to the GeForce Now for Mac beta.

We’ll give the service a more in-depth look once it leaves beta. So far, GeForce Now appears to be very promising.