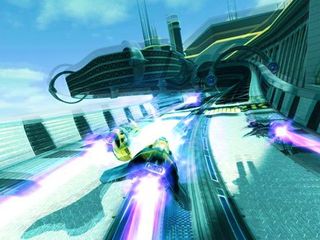 3D gaming - still in its infancy

Gaming giant EA has told investors that all of its games are 3D-ready and the company is ready to roll out the technology when the market is ready for it.

Although 3D gaming is in its infancy, it has become a key emerging market for the industry, and EA remains one of the most influential companies.

The company believes that it is still too early for a major change of strategy – but a spokesman insisted that all of its content is 3D ready'.

"...what's nice for us is our content's all 3D ready," said the spokesman on an investor call.

"So it's relatively easy for us to flip that 3D switch on and make our content 3D as opposed to having to remaster it or re-shoot it in order to make it 3D. We have 3D content so when the market's there, we're ready.

"We think 3D's interesting," he added. "We think it's still kind of early. People are buying the televisions now that feature 3D.

"We think it's something that will continue to grow and mature, but possibly a little early right now."

With the major television makers really stepping up their messaging, and Sky 3D giving people in the UK a dedicated television channel, gaming still remains an obvious route to get consumers interested in 3D.