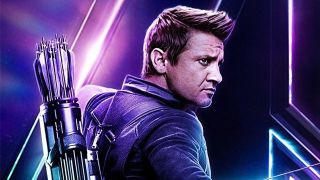 It's no secret that Marvel will have a big presence on the upcoming Disney Plus streaming service, which launches in the US later this year.

But with an official unveiling of Marvel's schedule of TV series and movies slated for the next two years, we now have a better idea of when the spin-offs of Loki, Hawkeye and WandaVision will actually be joining the list of Disney Plus shows (via GamesRadar).

The first Marvel spin-off we'll get, it seems, will be Falcon and the Winter Soldier, with Anthony Mackie and Sebastian Stan reprising their roles for a Q3 2020 release (roughly July to September).

Both Loki – featuring Tom Hiddleston's Norse god trickster – and WandaVision, the spin-off of Elizabeth Olsen's Scarlet Witch and Paul Bettany's Vision, will then be hitting Disney Plus sometime in Q2 2021 (between April and June). The spin-off of Jeremy Renner's Hawkeye, however, will come a bit later in Q3 2021.

There's only so much confirmed about the content of these spin-off series right now. Given the apparent 1950s setting of WandaVision, and (spoilers!) Loki's demise in Avengers: Endgame, it looks like Marvel will be using these shows on Disney Plus to explore prequels of these beloved characters – though ongoing chatter about multiverses in recent films could take them in completely different directions entirely.

But if we know anything, it's that plans this far away will be open to change, and we could well see some of these release dates brought forward or pushed back, in order not to clash with some of Marvel's big theatrical releases – or those of its competitors.

Disney Plus itself will be launching in November in the US, with plans to roll out to other territories probably (hopefully?) in early 2020. We expect to have a host of legacy content like classic Disney movies, and a number of MCU and Star Wars movies from launch day, but it looks like we'll be waiting a bit longer to get any exclusive Disney Plus shows.

Of course, these shows are only a fraction of what Marvel has planned for its Phase 4 roadmap. We know there are at least 10 new films set in the MCU coming in the next few years.

There are some unsurprising sequels, such as a new Doctor Strange, Thor 4 (with Natalie Portman playing a female Thor alongside Chris Hemsworth), as well as a martial arts-themed superhero movie with a lead actor who's actually of Asian descent (about time, Marvel!). Add to that a movie of The Eternals featuring Angelina Jolie, and a reboot of Blade featuring Academy Award winner Mahershala Ali (Moonlight, Green Book), and there seems to be no shortage of Marvel content in the near future.