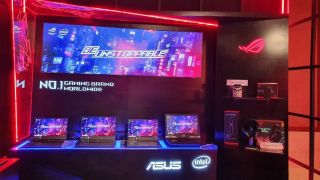 The most affordable ROG laptops start at Rs 59,990 for the ROG STRIX G series and are available on Flipkart. It’s 17-inch SKU will be available to purchase from mid-July starting at Rs 79,990.

Asus ROG gaming laptops are now powered by upto 9th generation Intel processors with upto NVIDIA GeForce RTX-20 series graphics card. This means that the laptops will be able to smoothly run any game you throw at them in addition to providing a lag-free experience with upto 240Hz refresh rate.

The ROG STRIX G series features the most affordable ROG gaming laptop with the G531 while the Zephyrus S series brings the world’s slimmest 15-inch and 17-inch laptops with RTX-20 series graphics.

Asus ROG STRIX Scar III and Hero III cater to the e-sports crowd with additions such as the Keystone drive and a revamped look.