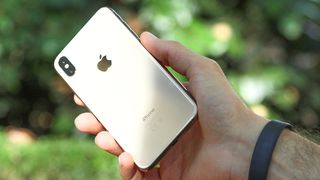 After Apple and Qualcomm's long-lasting feud was finally settled, Intel decided to abandon its modem business as it had lost the hopes of producing 5G tech for future iPhones.

However, now an article from the Wall Street Journal claims that the Cupertino tech giant is "in advanced talks" to buy Intel's modem chip division within the next week, "according to people familiar with the matter".

Apple's decision for making good with Qualcomm was largely driven by Intel's inability to deliver a 5G-capable smartphone modem in time to satisfy Apple's own roadmap for a 5G iPhone release.

However Qualcomm was already ahead of the game, with its 2019 flagship smartphone processor, the Snapdragon 855, being the first to be compatible with 5G connectivity thanks to an embedded modem.

If the purchase does go ahead, Apple will be kickstarting its own foray into researching 5G technology, acquiring $1 billion worth of staff, patents and research that Intel accrued over the course of a decade.

While the first wave of 5G iPhones will still likely use the established Qualcomm technology, Apple’s potential acquisition of Intel’s modem division could further the Cupertino firm’s push to bring as much iPhone production in-house as possible.

Apple has taken increasing control over the years of the components that form its flagship products in order to avoid outsourcing where it can – the graphics chips in its iPhone and iPad lines are one such example, and rumors are all pointing to the company designing its own ARM-based processors for its Mac line-up.

While the news of Apple acquiring Intel’s modem division is currently only rumored, it certainly does gel with the company’s intentions of late.