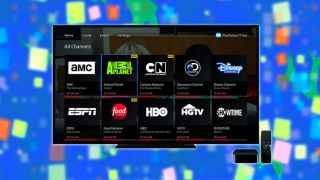 Apple is said to be considering introducing a new subscription service bundle that would tie all its music, TV and news offerings together into one package.

According to a report from The Information, the plans follow Apple's recent purchase of digital magazine platform Texture, and would allow Apple to harness the power of Texture's content distribution system to offer a one-payment-covers-all deal.

With Apple Music riding high after a slow start, new video content offerings from the likes of Oprah Winfrey's production company waiting in the wings as well as its own internal video plans, and a revised news app being offered, it could be an attractive option for those choosing to live in Apple's walled garden.

Silicon Valley's big three in the consumer space, Apple, Google and Amazon, are all keen to lock customers into subscription packages. While Google and Amazon have the advantage of being service-driven businesses to begin with, it's arguably even more important for Apple, which must otherwise ride the wave between hardware launches.

But Apple is lagging behind right now. Though it innovated with the iTunes store, alongside introducing the revolutionary iPod, it's failed to keep pace with streaming services such as Amazon Prime and Netflix, hasn't yet created a holistic digital services ecosystem in the same way Google has, and has had to fight hard to reach parity with streaming innovators Spotify.

Where Apple retains an advantage is with its ability to retain custom – its fanbase is loyal and, should a single subscription service be offered, it could easily tempt those already committed to its product lines.