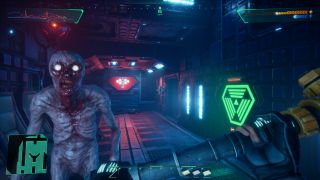 Fancy checking out a smart collection of game demos on Steam? Courtesy of The Game Awards, you can play demos of the System Shock reboot (from Nightdive Studios), among 13 other games which are incoming for the PC, for the next two days.

This event is called The Game Festival and it begins at 1pm ET (6pm UK time) on December 12, and runs for 48 hours straight. You’ll be able to download the games from Steam, although when that 48 hours is up, the demos will no longer be playable.

The festival is part of The Game Awards, an award show hosted by Geoff Keighley which picks out the best games of the year, and also features some pretty juicy announcements on new launches.

Off with a bang

The organizers are promising that you don’t want to miss the first half-hour of the show itself, which starts later on December 12 at 8:30pm ET (so that’s 1:30am December 13).

The proceedings will be streamed on all the major channels you’d expect including Twitch and YouTube (it will be aired on 60 platforms in total, in fact).

The full list of titles getting Steam demos as part of the festival is as follows:

So those keen to see how Nightdive’s remake of the mid-90s classic System Shock shapes up get the chance to give it a whirl, before it launches in early 2020 (hopefully). And there are some other intriguing sneak previews here, like Haven, which is an RPG that we’ve seen described as Journey meets Persona.

Furthermore, Green Day fans take note: the band is playing at the award show tonight, complete with pyrotechnics aplenty, by all accounts. Another noteworthy attender is Norman Reedus (of The Walking Dead and Death Stranding fame) who will be a presenter.