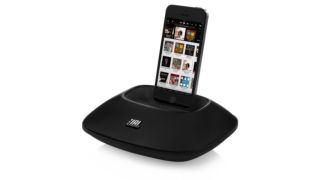 Apple released a slew of new products at the end of 2012, including the iPhone 5, iPad mini,

As was rumoured beforehand, these devices ditched the old, wide-dock connector that Apple has used for years in favour of the new Lightning connector. The tiny new connector takes up much less space in the body of the device, but does mean that all these new gadgets aren't compatible with the old dock's cables and other accessories.

Unsurprisingly, manufacturers are bringing out whole new ranges of toys that play nicely with the new connector, and this is what's available so far.

Naturally, Apple makes plenty of Lightning accessories, including some unique adapters that aren't available from third parties as yet.

There's also the Lightning to Micro USB Adapter (£15) so you can use any old micro-USB cable to charge your device.

The former offers HDMI output for your device, as well as a second Lightning port, so you can keep charging it while it's connected to a big screen. The latter is the same, except with an analogue VGA output, for connecting to older screens or projectors.

Those who like to transfer photos to their iPhone or iPad aren't forgotten, either. The Lightning to SD Card Camera Reader (£25) lets you connect a full-size SD card to your iOS device, so you can transfer photos.

The Lightning to USB Camera Adapter (£25) does the same thing with USB card readers.

Scosche has introduced three main Lightning-compatible lines, all focused around charging. The strikeDRIVE 12W ($30) can charge the fourth-generation iPad and any other Lightning device from your car.

The strikeDRIVE 5W ($25) is the same, but provides less power, so is only really suitable for the iPhone 5, fifth-generation iPod touch and iPad mini.

The strikeBASE 12W ($35) are pretty much the same, but charge from the mains. They feature folding wall prongs, so they can be packed away easily (though are currently only planned for the US).

The strikeLINE ($30) is a USB Lightning charging and syncing cable that retracts to keep itself compact, but can extend to three feet at its longest.

Belkin offers the Car Charger with Lightning connector (£25) for keeping your device topped up on the road, though it's worth noting that its output is 10W – lower than the 12W it's wise to use for the fourth-generation iPad, but more than enough for the latest iPhone and iPod touch, and the iPad mini.

There's also the Car Charger + Lightning ChargeSync Cable (£30), which is essentially the same, but with a USB-to-Lightning cable that's separate from the charger, rather than integrated.

Belkin also does the Charge + Sync Dock (£30), which is slightly pushing it as a Lightning accessory, since it doesn't actually have a Lightning connector of its own, but we're counting it anyway.

It's a stand designed to accommodate the iPhone 5 or fifth-generation iPod touch, including an audio jack pass-through, since the headphone slot is not on the bottom. You have to slot your own Lightning cable into the hole provided if you want to actually charge and sync, but it's one of the first docks for the iPhone 5.