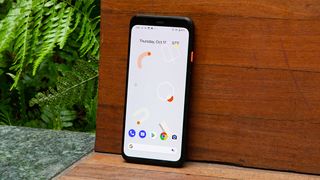 Automatic Call Screening is a feature Google introduced on the Pixel 4 range to help you combat spam calls on your mobile.

It automatically sends suspected spam messages to your phone's own AI voice assistant to see if it's speaking to a robot or not. It will give you a live transcript so you can know whether to pick up the phone or if you want to hang up on the spam caller.

The feature was previously exclusive to the Pixel 4 and Pixel 4 XL, but Google has now begun rolling out the upgrade to all other Pixel devices.

Exactly when you'll get the upgrade on your older phone is unclear, but it should be coming soon.

Google didn't make a specific announcement about the feature expanding to new devices, but once users began to spot the feature appear on their devices a spokesperson for the company confirmed to Android Police that it was happening.

Reports have suggested it has been seen on the original Pixel and all other devices in the range. That also seems to include the affordable Google Pixel 3a and Pixel 3a XL.

This feature seems to be an exclusive to the Google Pixel range, but it may be something we see the company introduce within the Android platform so third-party manufacturers can include it on their devices in the future.