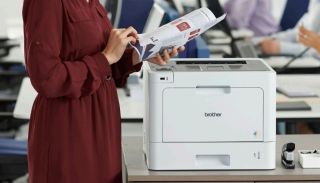 Brother now has the cheapest color laser printer in the world, the HL-L8260CDW, which has taken the crown from Lexmark's C3326DW.

There are a couple of caveats, though. The offer is limited to the United Kingdom and you have to use a cashback mechanism to maximize the value.

Essentially, you'll need to pay the full price upfront (£175.19 or around $225) and then submit paperwork to claim £100 off, bringing the final price to £75.19 (or $96.99). For some reason, it's significantly more expensive in the US where Newegg sells it for a staggering $285and Brother US doesn't yet to cashback on this model.

We expect 99 percent of SMBs to be satisfied with Brother's colour printer. It's wireless, expandable, cheap to run, does duplex automatically and has plenty of connectivity options. It's a shame it doesn’t have a scanner or a fax, but that might be too much to ask at this low price.View Deal

For your money, you'll get a printer we once described as built like a tank, with build quality that rivals much dearer models. It comes with a three-year warranty as standard and does automatic duplex printing, as well as wireless connectivity.

It's also fast, capable of printing at up to 31 pages per minute with a 300-sheet capacity that can be increased to 900 if needed. Add-in advanced security and administrative features and you get a pretty convincing small business printer, that looks like a genuine bargain.

Note that it doesn’t have a scanner or a fax, which would have made it an almost perfect photocopier and all in one printer.