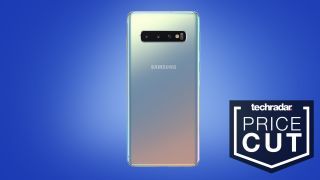 If you've been waiting to get your hands on a Samsung Galaxy S10 smartphone, and for some reason haven't in the last month of deals, then a new opportunity has presented itself: the biggest storage space version is now available for the same price as the smallest.

That means you can pick up 512GB of internal memory on your device for the same price as you initially could for 128GB – essentially it's a free upgrade, even months after release, as most retailers are still selling 128GB for £799. (Not in the UK? Scroll down for the best prices in your region).

This deal is only available on the black and white colour options, as green is £100 more expensive for some reason. This deal will probably go pretty quickly, so act fast if you're considering it.

Not in the UK? Here are the best Samsung Galaxy S10 prices in your region.