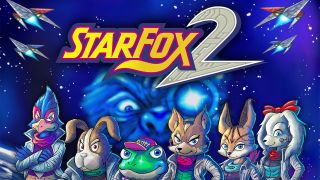 Your Nintendo Switch Online subscription just got a bit more worthwhile, with the addition of several new SNES games – new to Switch Online, at least – now being on the online service, as well as a couple of NES titles too.

Nintendo halted its drip-feed of SNES games back in September, though promising that more free titles would come to the service's retro game emulator down the line. It seems we didn't have to wait too long, with December seeing SNES titles Super Punch-Out, Kirby Super Star, and Breath of Fire II – as well as the notable Star Fox 2.

Star Fox 2 was the SNES sequel to 1993's original Star Fox title, but was cancelled and never saw the light of day until it was given a surprise release on the SNES Mini console in 2017.

Its addition to Nintendo Switch Online is pretty straightforward, then, with the game already out in the wild, and it's nice to see it reach more players beyond dedicated SNES hardware.

In terms of NES games, subscribers can now play Crystalis and Journey to Silius alongside the previous 48 NES titles already on the service. A Nintendo Switch Online subscription, if you don't already have one, will set you back $3.99 / £3.49 / AU$5.95.

The Switch Online service was pretty threadbare when it launched in late 2018, but the addition of retro games has gradually given players more of an incentive to subscribe.

We reported back in June about comments from Nintendo President Shuntaro Furukawa over the possibility of the retro game emulator expanding in new ways:

“At this place we cannot tell new information about future classic hardware among others, but we are thinking about providing an extension of the online service which is currently providing Famicom [NES] software, as well as other methods of providing them.”

The irregular release of retro games on the service suggests Nintendo has run out of prepared titles to release, and it's likely we'll see mini consoles for the N64 or GameCube before their respective software lands on the service for free. Those looking for some new nostalgia trips for December, though, should have plenty to get on with.