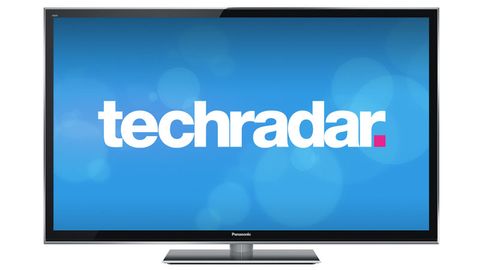 Panasonic should consider its flagship 50-inch TV blacklisted. Among home cinema aficionados the talk is always of the importance of a TV's ability to produce pure black.

And while there can be too much emphasis on this, there's no doubting how much more nuanced, detailed and believable a well-made film appears when viewed on a top spec plasma. And this 50-inch Panasonic VT50 Series plasma is exactly that.

We're not downgrading LCD or LED-backlighting, both of which have massively improved of late, but less than convincing purity of black, and even a slight bluish tinge to black on LCD TVs, means that plasma, for now, is king among AV perfectionists who want as near to total accuracy as possible.

That those perfectionists often appear to have less regard for plot and character in films is immaterial. Because though plasma televisions do tend to treat high-octane action films such as Avatar and Tron particularly well, plasmas such as the Panasonic TX-P50VT50 work wonders on 'normal' movies and TV, too.

The traditional downsides to plasma technology are largely aesthetic and to do with wider bezels and fatter chassis, but on the Panasonic TX-P50VT50 we're struggling to see where the problem is.

A depth of 50mm (2 inches) isn't as slim as an ultra-expensive LED-backlit LCD TV, but it's fine by us. And a bezel measuring just 21mm (0.8 inches) - with a further 5mm (0.2 inches) around the visible screen - is instantly visually appealing.

But it's the 'One Sheet of Glass' design that stretches from corner to corner that's most arresting. The fine edging is finished off by a metallic trim that adds even more class to the glass.

Despite this plasma TV having best-ever good looks, it's the presence inside of what Panasonic calls the Infinite Black Ultra filter that makes this NeoPlasma unique, though the use of 2,500Hz Focused Field Drive tech is also a one-off.

Both of these use lesser-capable - though still mightily impressive - Infinite Black Pro black filters and 2,000Hz Focused Field Drive tech. Neither choice comes with 3D glasses included in the box.