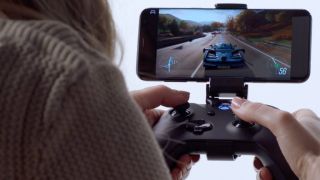 In October last year, Microsoft launched the public testing ‘preview’ of its Xbox Console Streaming service in the US and UK. Now, the company has announced that all Xbox One supported countries have access to the trial.

This includes locations such as Canada, Australia, New Zealand, India, Singapore and the UAE and more – for a full list of supported countries, you can check out this Xbox disclaimer page.

Not to be confused with Project xCloud, which also started public testing in the US and UK in October, Xbox Console Streaming allows users to stream any Xbox One console title they own – including Game Pass titles – to their Android smartphone or tablet.

While xCloud will eventually allow users to stream thousands of games to their devices from Microsoft’s own servers, Xbox Console Streaming requires gamers to have the title currently installed and running on their console as the streaming will occur locally in the user’s home.

In order to get this working for you, there are a few more requirements: you’ll need a device running Android 6.0 or higher with the Xbox Game Streaming app installed, a Bluetooth-enabled Xbox One controller and a Microsoft account with an Xbox profile.

As this is still in the preview phase, you’ll also need to be an Xbox Insider, and your console has to be enrolled in the Xbox One Update Preview ring, both of which are free for any Xbox owner to sign up for.

As the preview progresses and more user feedback is gained, Microsoft says that further improvements to the performance and overall operation of Xbox Console Streaming will be trialled and rolled out.