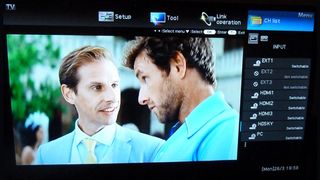 Watching live TV is going out of style, but when DVR usage is factored in, ratings are actually up - sometimes as much as 60 percent

It's sweeps time, when broadcast networks traditionally unleash attention-grabbing stunts and dramatic season finales on the TV-watching populous, then proceed to count their viewers like kids counting candy the morning after Halloween.

The wide adoption of digital video recorders, or DVRs, forced networks to change the way they count their viewers, though that does nothing to reassure advertisers that their commercials aren't being ignored - because they are.

The big draws this week are going to be the series finales of "Desperate Housewives" and "House," not to mention the season finales of "American Idol," "Dancing With the Stars" and "The Voice."

But initial ratings this period have plummeted, especially among key advertising demographics like adults aged 18 to 49.

Watching live TV is going out of style, but when DVR usage is factored in, ratings are actually up - sometimes as much as 60 percent.

Overall, young adults watch live network TV 5 percent less, while ratings are actually up 1 percent when the subsequent seven days of recorded views are factored in.

For NBC's "Grimm" and Fox's "Fringe," that number jumps 60 percent when the full week of views is factored.

DVR usage is up

Americans watch more TV than ever, but less and less of that content is being viewed live, Nielsen reports.

Forty-four percent of US homes own a DVR, and in the first three months of this year, a reported 14 percent of all homes watching TV during prime time were using their DVRs. That number is up 2 percent from the previous two months.

Naturally, this affects the ratings.

Americans are increasingly dissatisfied with the state of TV advertising, it seems, a trend that may factor into ever-increasing DVR usage.

The Commercial Advertisement Loudness Mitigation Act (aka CALM), which regulates how much louder a commercial can be than the program it's interrupting, may alleviate many viewers complaints with TV ads.

That bill was passed in 2010, and the law is set to go into effect December of this year.

But the number of Americans who own a DVR continues to rise, jumping 11 percent in the last two years, with over half of DVR users typically fast-forwarding through commercial breaks.

Networks are now fighting, using social media more than ever, to regain viewers' attention and get them back on the networks' schedules. But it's an uphill battle, to be sure.