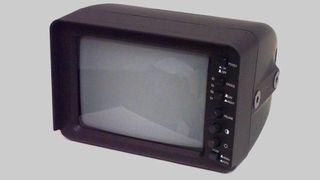 Kids will one day learn about analog TVs on super high-def 3D smello-vision TVs of the future...

With only 6 months to go until the final analog TV signals are switched off, Australia is moving into an all-digital TV age.

On June 10, the Minister for Broadband, Communications and the Digital Economy, Senator Stephen Conroy, urged Australians living in remote central and eastern parts of Australia to get ready for the last of the switch offs, which is slated for December 10, 2013.

"We don't want anyone to be left behind. With only six months left until analog TV signals are switched off in remote central and eastern Australia, now is the time to ensure you, your family and your friends are digital ready," Senator Conroy said.

"So far almost 8.5 million households across Australia have embraced the switch to digital-only free-to-air TV," he said.

The end of an era

The first analog TV switch off occurred in Mildurra, Victoria on June 30, 2010, with more regions following.

In May 2013 The Australian reported that the Seven Network's Brisbane station BTQ had put together a short tribute to commemorate the switching off of the analog signal in that region.

To get ready for the switch off, the government's Household Assistance Scheme and Satellite Subsidy Scheme are available to help people get "digital ready", allowing those who are eligible to have digital ready equipment installed in their homes.