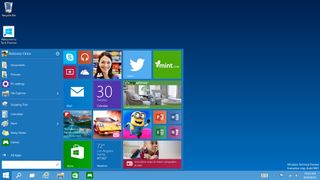 Microsoft could be ready to floor the accelerator on Windows 10 preview releases with a daily cycle expected to be adopted in the coming days following the accidental release of information unto the wild.

The Windows 10 Insider Hub erroneously posted a new update on March 10 that explained "flights are getting faster" and that anyone not ready for daily builds of the OS on their devices "might want to move the slow ring."

Microsoft's Gabriel Aul responded to the leak via Twitter by apologising for any confusion and explained that it was "an internal announcement that was mismarked and went external."

No news on new release

February was a quiet one for Windows 10 fans waiting for a new update with only a Technical Preview for smartphones released and Aul confirmed on Monday that a date has not been set for the next build meaning users hoping to try out a new build this month may be left disappointed.

It's still unclear, then, whether Microsoft will actually adopt a more frenetic release cycle for Windows 10 preview builds any time soon, although the leaks of the internal plans point to the process speeding up at some point in the future, which is good news in itself.