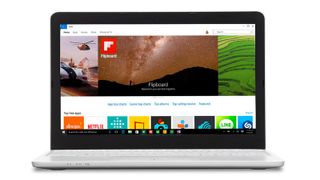 Windows 10 is on the fast track for its final release just weeks before its official release on July 29.

After months to years of teasing and demos, Windows 10 has finally gone gold and is ready to release to manufacturing (RTM). The Verge reports Microsoft has released a new build designated as RTM 10240, which will be making its way into new laptops and PCs from Original Equipment Manufacturers.

Don't get too jealous though, because only a very limited number of these machines preloaded with Windows 10 will actually hit the streets on July 29.

For now, build 10240 is only available to Windows 10 testers, which includes a small group in Microsoft Insiders program.

The RTM release also spells the end of Windows 10 preview builds. Gabe Aul, engineering general manager for Microsoft's OS group confirmed that Microsoft will focus on working with Insiders to use, stress, and validate the new operating system's distribution and upgrade processes.

As the final version of Windows 10 will release to retail in a digital form later this month, its likely that build 10240 will become outdated come July 29. In the event that were to happen, there very well could be a Day One update for these new machines.