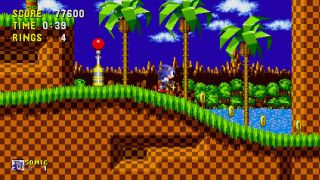 There’s been something of a retro resurgence in video games recently; remasters are popping up everywhere and Nintendo took things one step further with its NES Classic console. Now, Sega is getting in on the action with the announcement that it’s bringing a collection of its classic games to mobile for free.

When you’ve got a back catalog as good as Sega does, it seems a shame to let it languish and with mobile the publisher has found a great way to bring its games to as many people as possible

Following this initial release, the library will continue to grow and Sega plans to add a new game every two weeks.

Though the initial lineup is comprised entirely of Mega Drive (Genesis) titles, it’ll spread across more consoles as time goes on and Sega Forever’s Twitter feed has already teased that we’ll see games from the Dreamcast and Saturn platforms.

All of the games in the collection will be free-to-play and though they’ll all exist as their own separate app, Sega has said all of them have been updated to bring in modern features such as controller support, cloud saves and leaderboards.

They’ll also all be playable offline. To play for free you’ll have to put up with ads but these will apparently only appear on the start screens and save screens of the games and won’t interrupt gameplay at all.

If you’d rather have a completely ad-free experience and enjoy local saves on top of that, you can pay £1.99 for each game.

To keep up to date with the titles that are being added to the collection, you can visit Sega Forever’s official website or follow its official social media channels.