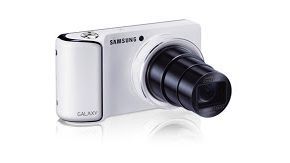 Drop the Gs and you get a better price

It's great to be able to play Angry Birds on the Android Jelly Bean-equipped Samsung Galaxy Camera, but does it really need a 3G or 4G connection as well?

Samsung says "no," and on Tuesday the company announced a new Galaxy Camera model, the appropriately named Galaxy Camera (Wi-Fi), to offer a Wi-Fi only alternative.

The new Galaxy Camera with dual-band Wi-Fi features the same specs as the older model, but with a lower price point thanks to the omission of data network capabilities.

Samsung didn't reveal the Galaxy Camera (Wi-Fi)'s release date or pricing in its announcement, though it did promise a smaller price tag.

More than meets the eye

We like to poke fun, but in truth the Galaxy Camera packs a lot in to a frame that's hardly larger than the average smartphone.

And like its data-ready older sibling, the Wi-Fi Galaxy Camera sports the full Android 4.1: Jelly Bean OS and a 1.4GHz quad-core processor.

Provided it's connected to Wi-Fi, the Galaxy Camera can upload photos directly to social networks, email the snaps to contacts, and back the photos up instantly to cloud storage.

TechRadar asked Samsung to try to figure out when we can expect to learn the Galaxy Camera (Wi-Fi)'s release date and exact pricing, but representatives for the company were not able to reveal that information just yet.