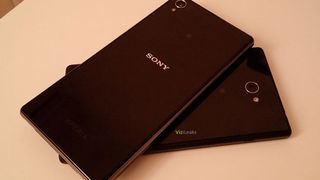 Sony appears likely to unveil a new mid-range handset at Mobile World Congress later this month, with reports claiming the Xperia G is on the way.

Vizileaks claims to have gotten up close and personal with the handset prior to its launch, posting a pair of pictures on Twitter.

Alongside the snaps, the leaksters list the handset as packing a 4.8-inch screen, an 8-megapixel camera, 1GB of RAM, 8GB of onboard storage and a 4G LTE radio.

It also added the handset would have no IP rating, meaning there's none of Sony's waterproof tech on board.

Pumping out the handsets

News of the Xperia G comes just a month after Sony unveiled its impressive Xperia Z1 Compact, a full-specced handset, but without the often prohibitive display size of the flagship model.

Earlier this week, another device showed up in benchmarking tests with scarily similar specs to the Moto G, suggesting Sony may attempt to sneak into the decent-specs-excellent-price market at some point in 2014.