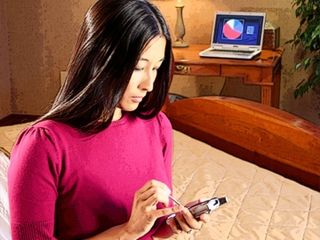 Wireless USB is to incorporate proximity technology so that in future you'll just have to get close to your PC to download your pictures or sync files. NFC (Near Field Communication) is a technology that's already widely used in security cards as well as Transport for London's Oyster card system.

The announcement of Wireless USB 1.1 was made this morning at the USB-IF (Implementer's Forum) Developer's Conference for Wireless USB at the Amsterdam Hilton.

Proximity-based downloads will be an especially good feature for digital cameras, a point not lost on Jeff Ravencraft, chairman and president of the USB-IF and a technology strategist at Intel.

"Digital cameras are one of the great opportunities for Wireless USB," said Ravencraft during his keynote speech this morning. He also warned about the challenge that new technology poses to the consumer. "It has to be extremely easy or the consumer won't use it."

Tech.co.uk is at the USB-IF Developer's Conference for Wireless USB in Amsterdam, finding out more about the new standard for wireless device connections as well as the new super-speed wireless standard, USB 3.0. According to the USB-IF, that'll be 10 times faster than USB 2.0.

The new specification will also mean better options for first-time association of devices, improved power efficiency, and support for UWB (Ultra-Wideband) frequencies above 6GHz. That last point is important; it means the technology will work with future mobile phones to share data.