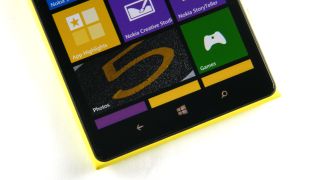 The Lumia range is set to expand in a big way.

As if Nokia's Android-flavored Normandy handset wasn't enough to get us excited about the Finns' MWC 2014 announcements, we've now heard about two more.

This isn't quite the first time we've come across the Lumia 930 - at the end of January the same tipster suggested that it might be the launch name of the Nokia Lumia 1520 mini, but these specs give us a much clearer picture of the device, pointing to a fairly high end phone which should slot in just below the Nokia Lumia 1820.

The Lumia 630/635 is totally new though and seems to be more of a mid-range device. According to NextLeaks it will have a 4.3 inch WVGA display, a 1.7GHz dual-core processor, 1GB of RAM, 8GB of internal storage, a microSD card slot, an 8MP camera and a 2000mAh battery. In the case of the 635 variant it will also have a dual-SIM card slot.

Given that the UK seemingly has an aversion to dual-SIM phones we probably won't see the Lumia 635 over here, but the Lumia 630 could be a solid mid-range phone, positioned to compete with the likes of the Samsung Galaxy S4 mini in Android land and actually packing a similar amount of power as the Windows Phone Nokia Lumia 920.

If these phones are for real then they'll apparently be revealed at MWC, alongside the Nokia X, the Lumia 1820 and who knows what else.

But bear in mind that NextLeaks is a new tipster with no real track record yet, so take these leaks with a pinch of salt.