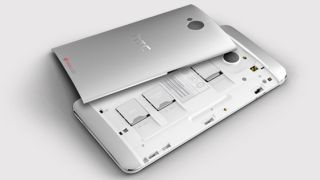 A German court has handed yet another patent victory to Nokia, and this one will force Taiwanese smartphone maker HTC to redesign many of its devices, even as the company's attorneys pursue an appeal.

HTC plans to sidestep a fourth patent infringement defeat handed down in Germany last week by modifying what the company refers to as "redundant technology."

Nokia argued HTC had infringed on its patent EP1579613, which provides a "method and apparatus for enabling a mobile station to adapt its revision level based on network protocol revision level" - and the District Court of Mannheim agreed.

The January 31 ruling protects Nokia's wireless technology used for backwards compatibility between new devices and older networks, but is not considered a standards essential patent, according to the Focus Taiwan News Channel.

Since then, the Finnish company has scored victories in England and Wales, with the US International Trade Commission and now regional courts in both Munich and Mannheim, Germany.

But even as Nokia attorneys patted themselves on the back for a job well done, HTC divulged plans to leapfrog the ruling by redesigning the infringing technology, which is apparently no longer used in Germany anyway.

"We are investigating modifications for our handsets to remove this redundant technology," HTC elaborated in a weekend filing with the Taiwan Stock Exchange, adding that it plans to appeal the court's decision.

The court's decision lets Nokia enforce a German import and sales injunction against every infringing HTC product, plus earn damages, though it's not clear when and if this ban will go into effect while HTC appeals.