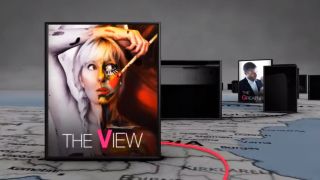 We love a cryptic video here at TechRadar

In the run up to MWC 2013 next week in Barcelona, LG has released a teasing video to whet your appetite.

It looks like LG may well be going big on NFC this year with the video, declaring that "you can tag what you want" and ordering you to "tag and stand apart from others".

That's not all though, with the video also hinting at potentially four new handsets set to be unveiled at the event, possibly in the Optimus L, Optimus G, Optimus V and Optimus F ranges.

The F category is something we haven't come accross before and could mean LG is about to unleash a completely new range at the show, with the video referring to it simply as "The Freedom".

Throughout the video we get glimpses of handsets, although never in their entirety with LG teasing us with corners, logos and rounded edges.

The video finishes up with an invitation to "see the difference right here in Barcelona", and TechRadar will be in attendance at the show to bring you all the latest from the LG camp.