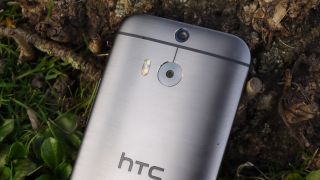 As stunning as the HTC M8's metal body is, it's possible that HTC could be unleashing a variant of the phone that sheds its aluminium chassis in favour of a plastic coat.

The latest word is that HTC is plotting to release a plastic HTC One M8, possibly next month, that will be quite a bit cheaper than the latest flagship.

According to the source of this report, the plastic handset will fall into HTC's extended M8 series, in which we also expect a Mini and a Max to feature down the line.

Therefore it seems more likely that this will be a whole separate entry in the range, rather than a case of HTC just giving us the option to buy its flagship in plastic.

There's also the possibility that this more affordable phone could be the next in the Butterfly series. The source says that the phone will be priced at around £288/$483/AU$514.

That's quite a considerable price drop, especially as the source also says that the guts of the phone will be the same as the new M8.

Stay skeptical folks, but it wouldn't be the most absurd move for HTC to make.