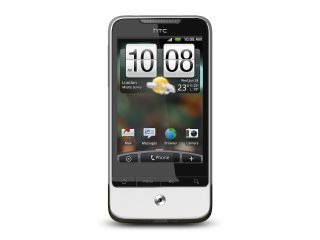 Finally, the HTC Legend is coming to the UK

The HTC Legend has been given a UK release date for later this month - despite not having any confirmed operator support.

Clove Technology is offering the HTC Legend for just £320 SIM-free (£376 including VAT), and the phone will be shipped on 23 March.

This is in advance of the mooted April release date, so consumers can get their hands on the first phone to run Android 2.1 in the UK earlier than previously thought.

We've yet to hear which operators will be stocking the HTC Legend as yet, but the likelihood is it will come to Vodafone as an exclusive.

The network stated at launch that it will be bringing its Vodafone 360 services to the platform when it launches in Europe, so it seems likely that the UK will be treated to such as well.

And with no other network confirming the HTC Legend for its shelves (although they've all gone gaga over the HTC Desire) Vodafone looks likely to nab one of the phones of the year all to itself.