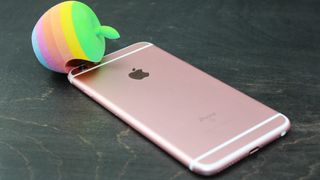 You're probably like us: waiting to hear when the new iPhone 7 will be released so you can finally book your summer holidays.

We're pretty sure it'll be either September 6 or September 7, if Apple follows its usual timings - but a back to school promotion on the firm's website could also offer us a clearer hint to the actual date.

The brand is offering free Beats Wireless headphones when you buy a Mac, iPad or iPhone for heading back to education, and the deal runs from June until September 5.

A TechRadar reader has offered us an interesting hypothesis though: if the iPhone 7 launch date is, as we expect, to be September 6, it's awfully coincidental that Apple is going to be ending a deal to give away free the thing that most people will be clamouring to buy - given the iPhone 7 is unlikely to have a headphone jack.

This deal - and its end date - has been public for a while, so it's not like this is stunning new information from Apple, and the connection may have already been made elsewhere when the campaign launched.

But in light of the recent weeks' slew of leaks of the iPhone 7 chassis without the headphone jack, suddenly this seems a lot more plausible.

Of course, we do need to take off our tinfoil hat here and explore the flip side of this idea: Apple offered the same freebies last year and didn't release an iPhone without a headphone jack.

Also the timing doesn't quite line up when you consider the launch date: the iPhone probably won't go on sale until September 16, so the deal wouldn't make sense that way anyway.

Maybe Apple is just putting these dates in around the time people go back to school, and it happens to line up with the iPhone launch dates - for instance, 2014's campaign finished the same day the iPhone 6 was announced.

But suddenly stopping a big suck on the stocks of wireless Bluetooth headphones on that specific day… makes you wonder, doesn't it?

Thanks to Jayen for the spot!