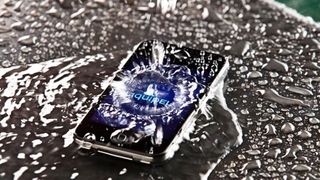 Does this spell the end for the Active range?

It seems that Samsung is planning on taking a leaf out of Sony's book by making its upcoming flagships both water and dustproof.

Not content with launching niche devices such as Galaxy S4 Active, the Korean firm is looking at ways to bring the selling point to a wider audience.

According to ETNews, Samsung has cancelled an order for 5 million LDS (Laser Direct Structuring) antenna - which are difficult to waterproof - in favor of newer H-IMA (High-performance In-Mold Antenna) technology.

LDS antenna provide far better reception than the waterproof friendly IMA options, but the development of H-IMA means manufacturers can now ensure reception is still good while sealing up their smartphones.

Anyone hoping the technology will make it into the Samsung Galaxy S5 will be a little disappointed, as H-IMA isn't ready to go into phones right now.

This means that we could see the H-IMA antenna inside the Galaxy Note 4 or Galaxy S6, or maybe even in the LG G3 later this year, as sources claim that LG suppliers are also embarking on the same antenna development.

If the report is correct it would mean Samsung will be giving the likes of the Sony's Xperia Z1 and Z1 Compact (and the rumored Xperia Z2?) a swim for their waterproof money.

Via G For Games