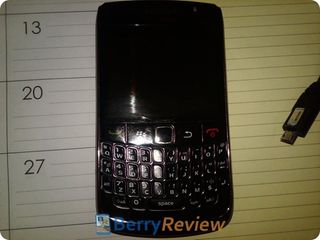 RIM looks set to release another addition to its BlackBerry family, in the shape of the Curve 8910.

The device first popped up at Bluetooth SIG, where phones have to be certified to run the radio frequency, and now pictures appear to have surfaced of the Curve 8910, or Atlas as it may be called.

The phone continues in the trackball-less vein RIM is currently pushing, as well as flatter keys and a roughly 2.4-inch screen on the spyshot.

BGR has pointed out this phone is very similar to the previously seen Atlas device, which sports no 3G connectivity, a 624MHz processor and 256MB of RAM.

Word is that this is heading to both Europe and Asian markets, but we're yet to see anything that even resembles a UK release date.

Via BGR from Berry Review