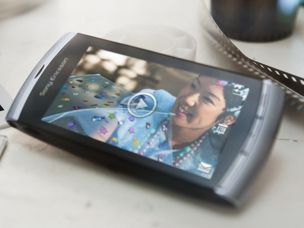 Sony Ericsson and Spotify - on 3 soon?

Mobile network 3 is now offering the Sony Ericsson Vivaz on contract - complete with access to the Spotify music service.

Customers planning to nab the 8.1MP, 720p-recording phone can now do so with the unlimited music streaming service - except it's not available on the same deal as the HTC Hero.

3 mentions its "exclusive Spotify deal" in the press release, however there's nothing as such offered as part of the Sony Ericsson Vivaz deal - yet.

Something in the pipeline

We spoke to 3, and it seems there may be something announced in the next few weeks to bring the Vivaz - and other Sony Ericsson phones (likely the Satio) - with a Spotify contract.

And if you want Spotify, you'll need to download the Symbian application - but then pay £10 a month for the privilege.