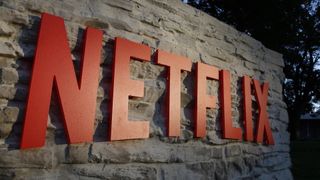 It’s less than a year since I spoke to Netflix execs at a plush show house in Barcelona to chat through the new UI and finished up by asking the question that they all sensed was coming: “What about downloadable content?”

Cue rolling eyes and predictable spin, repeating the sentiment that the public didn’t really seem to want offline viewing in a world where connectivity is, apparently, everywhere.

In September 2015, Chief Product Officer Neil Hunt went even further, explaining to TechRadar that people wanted to stream, not store, their video content.

"I think the download model is fairly complex. You have to plan ahead; if you're planning for a long flight you're going to need quite a lot of storage to hold maybe several titles and a lot of time to prep that download,” he said, “and I think that's challenging."

Of course, what we insisted at the time was that the public did want to be able to download content, and that connectivity for the overwhelming majority of people on the planet was not, in fact, ubiquitous.

Globally, it was clear that other major television providers were clocking the need for some kind of cached content: Amazon went very early with a system that allowed you to download their originals to your device to watch when you aren’t connected, the BBC’s trailblazing iPlayer added the functionality early on, and British TV giant Sky’s latest offering - Sky Q - is built heavily around portable content.

Ultimately, even for a service as dominant as Netflix, the customer is always right. However much it believed that streaming was better - cheaper for its licensing deals, more trackable, less chance of piracy - when the rivals are making a big deal of a feature you simply have to be looking into yourself.

The softening of the position took the best part of 2016, hints here and there about keeping an open mind and then finally, with a startling lack of fanfare, the arrival of the feature today.

There’s little point in being sniffy about Netflix being late to this particular party; the thing that shifted the dial was the well publicised inability to conquer the rest of the world in the way the company had hoped when it launched pretty much globally.

Rather, given the focus of Netflix on its own TV offerings, the news should be welcomed by its growing band of subscribers - who simply do not have the time to consume the sheer number of first-rate shows at home.

The likes of Better Call Saul, Narcos, House of Cards and Daredevil are brilliantly bingeworthy, but in this era of 'Peak TV' being given more opportunity to opt for them is delightful.

Downloading shows can be transformative; long commutes, underground train systems in cities and, of course, flights have been Netflix dead-zones, but are now great opportunities.

The truth is that, for Netflix, this makes a lot of sense - and in rolling out the feature, there’s a tacit admission that dismissing the download was not the best strategy.