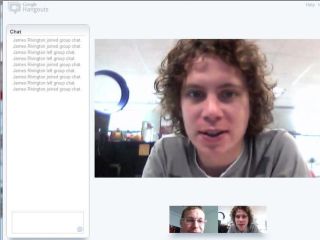 Google+ video chat is proving popular with the kids

Speaking to journalists at a media conference in Idaho, Schmidt admitted that he'd "love to have deeper integration with Twitter and Facebook."

But attempts to get the two social networks on board haven't yet borne fruit with Facebook resisting Google's talks over importing Facebook friends.

Twitter, too, hasn't been able to see eye-to-eye with Google and its big plans; the two companies' search deal recently ended without renewal as they couldn't agree terms.

Schmidt quite rightly pointed out that it is too early to say how Google+ is doing but did big up video hang outs, which he said are very popular with younger users.

But now that Facebook has launched its own Skype-powered video chat feature, Google+ may lose some users to Zuckerberg's bigger and better-established network.