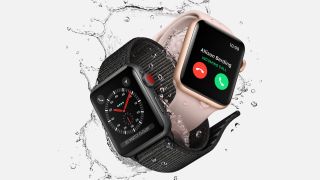 Instagram is the latest high-profile name to ditch its Apple Watch app, which raises some interesting questions about the wearable'S direction.

As reported by 9to5Mac, the Facebook-owned company joins Twitter, Amazon, eBay, Google (Maps) and Slack in shutting down their dedicated Apple Watch apps.

While no official reason has been given for the app's removal, it's thought that new rules brought in by Apple on April 1 could be to blame, as it forces developers to have current apps running on at least the watchOS 2 SDK, with any new apps needing to be built on version 4.

The Instagram app was still running on version 1 of the SDK, and it looks like Instagram wasn't seeing the engagement to make it worth its while to update to a newer platform - although it could still come in the future if the right tweaks are made.

It's a surprising move from Instagram, which had one of the better Watch apps, as it would display the images, albeit on a small display, and allow you to scroll smoothly through feeds.

Perhaps Apple Watch users weren't utilizing the app though, with on-wrist notifications all that's required to prompt them to pull out their iPhone and fire up the app.

It brings into question whether dedicated Watch apps are needed at all, if users are mostly using notifications (as well as telling the time and tracking their workouts).

We have contacted Instagram to ask whether it plans to return to the Apple Watch with a brand new application, and we'll update this article as soon as we hear back.