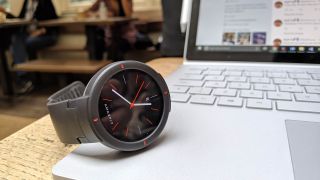 Huami - the manufacturer of the Amazfit range of smartwatches - has revealed it will be releasing 10 devices over the next couple of months.

That's according to a press release spotted by GizmoChina. Huami's CEO has also noted that some of these devices will be introduced at an event on June 11 alongside the Xiaomi Mi Band 4.

We're expecting to see both the Amazfit Verge 2 and Amazfit Bip 2 at the event in China. There's no guarantee we'll hear about a worldwide release date for either of those products.

Current rumors for the Amazfit Verge 2 suggest it will come with an ECG monitor - much like the Apple Watch 4 - as well as a top-end Qualcomm Snapdragon Wear 3100 chipset and eSIM support.

Little is known about the Amazfit Bip 2, but its predecessor was one of the company's most affordable smartwatches, so it may be we see another cheaper device with a refined design.

The Amazfit Verge Lite and Bip Lite were introduced earlier this month and may already be included in that list of 10 devices, but that still leaves us with six surprises.

Once we hear of the new watches, we'll be sure to share all the details.

Via Gadgets And Wearables